Although we do have some short info on each of the main mattress companies in our main guide here, today we’ll take a step back and take a closer look at a company that changed the market – SoundAsleep air mattresses.

Up until a few years ago this would probably be a dull article since the marketplace was ruled by a handful of “Goliaths” – companies like Aerobed (Coleman) Insta, Serta and Intex.

However, last few years have substantially changed the landscape and the new companies and brands did not only bring technological innovations but a new zest for improvement. 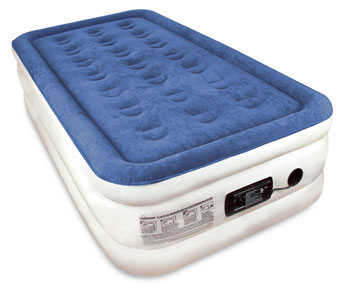 That’s the reason behind the fact that more than half of the products in our main guide about best air mattresses come from these fresh new arrivals. You can see the full guide below:

SoundAsleep is what one might call a “small” brand with a relatively small operation run from New Jersey. Nobody was paying much attention to a one-product brand back in 2013 when they launched the Dream Series.

We have to put the part about them being small and by mentioning that they are a brand that’s under the wing of Somnio LLC.

Yet, that does not stop this fresh young brand to make the most out the fact that they started small and grew fast. It allowed them to adapt. Where it shows most is their customer service that is second to none.

SoundAsleep introduced their first product and hit the nail on the head.

The introduced the SoundAsleep Dream Series back in 2013 and it has been the most popular air mattress ever since. It quickly surpassed some of the much “older” products both in the number of user reviews and ratings.

The SoundAsleep Dream Series packs a never before seen number of 43 air coils and thicker, more durable vinyl. It has been in our TOP 10 picks for over two years now – it comes in Twin and Queen size.

You can see the full review of the SoundAsleep Dream Series air mattress with ComfortCoil Technology below. 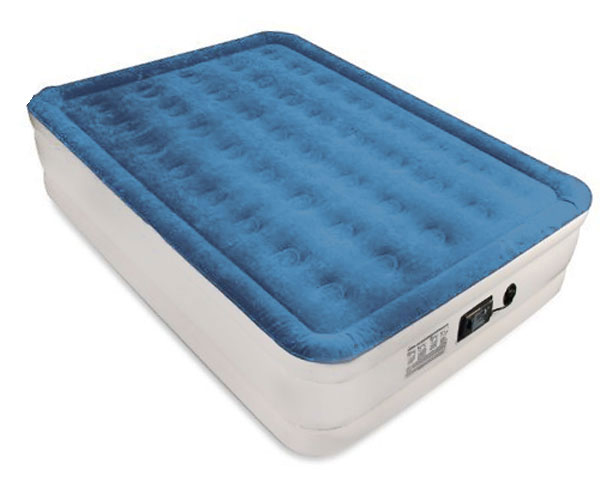 Following in the steps of the success that was the Dream Series, they added a camping model to their line within a year and the result was the same.

The SoundAsleep Camping Series (shown in the image below) quickly climbed the latter of top camping air beds. On our site, it’s been the top rated model for outdoor use for over a year now.

Admittedly, the reviews of the SoundAsleep camping series were not as overwhelmingly positive as the Dream Series and it is a peg lower in ratings, but still, it’s one of our top 2 camping picks.

You can read the full review of the SoundAsleep Camping Series below.

One they pretty much conquered the mid-price range with the Dream Series, the company decided to bite a chunk off of the higher-end of the market. And bite off they did.

The Cloud 9 air bed is younger, more elegant addition to the portfolio of the company.

It’s a response to models from Serta that feature a Never Flat pump – Serta Raised Never Flat and the Serta EZ.

The Cloud Nine comes with a smart pump that doesn’t allow deflation. The “smart” part refers to the fact that a secondary pump inflates the bed ever so slightly it the sensors it’s equipped with register a drop in the pressure.

You can read the full review of the SoundAsleep Cloud 9 below: 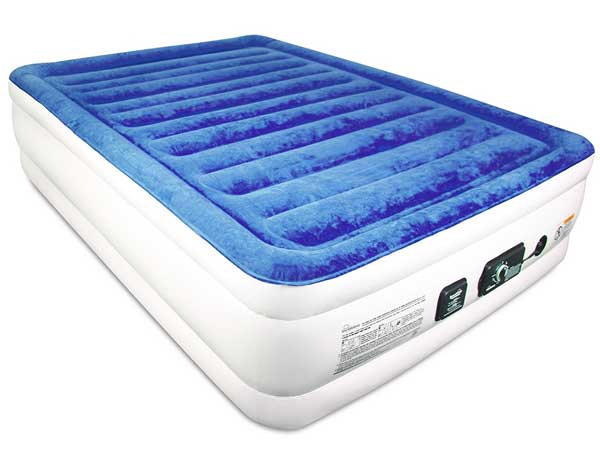 Most importantly – they did a great service to the consumer re-starting the race in quality and innovation.

Thanks for that, SoundAsleep.